I was bullied and I never told anybody about it. Yep. I kept it to myself as if it was a best-kept secret. It was as if I had to deal with it alone because that was just the kind of kid I was.

That’s not as true as it sounds because I did something about it.

Those experiences with being bullied though influenced my self esteem more than I ever knew. Mostly in ways which were negative and detrimental. Like not being able to look in the mirror, or deleting pictures I’d taken.

If you want to know what influences self esteem, here are 7 legitimate answers from my own experiences.

With some added facts I’ve gathered to give you the best answer. 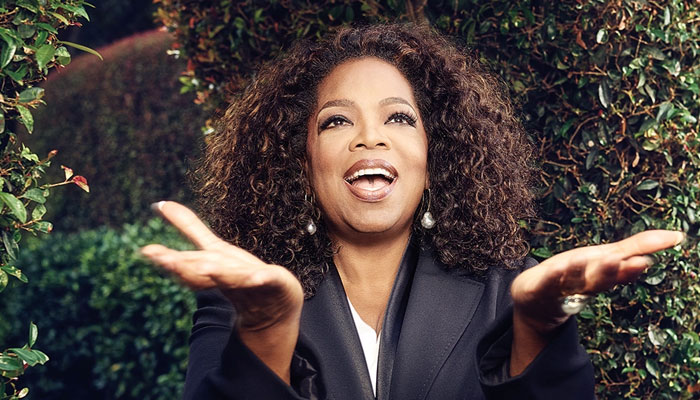 Oprah Winfrey was raised in a broken home where her own Uncle molested her. As well as her family’s friends and even cousins.

Not only that, she was raped at the age of 9 years old. So it’s no secret that Oprah Winfrey had a poor amount of self esteem growing up.

Using the word poor to describe it is an understatement.How Oprah was raised affected her entire life and crushed her self esteem from too young of an age.

This is why she went rogue in her later years if you ask me. 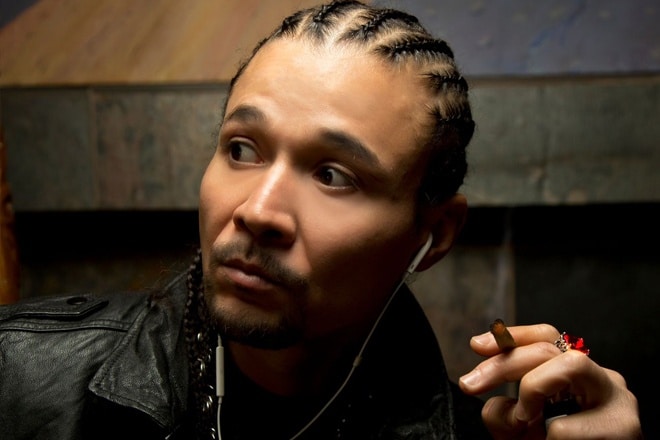 Rapper – Bizzy Bone, who is part of the legendary group Bone Thugz was kidnapped as a child. Then molested.

And that went on for another 2 years before he was found by police and FBI.

You can imagine what that would have done to his self esteem as a child, as it would to any of us.

How were you raised?

How you were raised and brought up has a massive impact on how much self esteem you have today.  Especially if you haven’t worked on your self esteem for years up until this point.

How you feel about yourself, your beauty, your skills and your importance in the world is a result of your upbringing.

2. What have you decided to believe?

Whatever you decide to believe about yourself will eventually become true. And that’s true especially when naysayers, family members, friends, or society puts you down. Over and over again.

Let’s take Bizzy Bone for example. Can you imagine what kinds of things he believed about himself, all because of what some asshole did to him (molestation).

That further ruined his childhood and how he felt about his worth up until a point. On some level he still deals with issues to this day.

That should tell you just how powerful your beliefs are.

I actually believed I was ugly in High School up until a point. I’d hate to admit that but I did.

Guess where all those bullshit beliefs came from? That’s right, what others told me and I decided to buy the BS they sold me.

3. How do you respond to bullying?

NoBullying says 39% of children have never told anyone they’re being bullied. And 21% of teens experience bullying on YouTube.

So it shouldn’t come as a surprise that bullying, and how you deal with it influences your self esteem on a massive scale.

Though I was bullied more verbally than physically back in school, I always made it a point to stand my ground and stand up for myself.

My self esteem was poor, but had it not been for that I would’ve had bigger self esteem issues and maybe would have dealt with it in a way that’s detrimental and damaging.

Bullying influences your self esteem and there’s no shortage of bullies on this planet.

So no matter the cost, always stand up for yourself and your self esteem will end up thanking you in future.

4. It hurts to be criticized 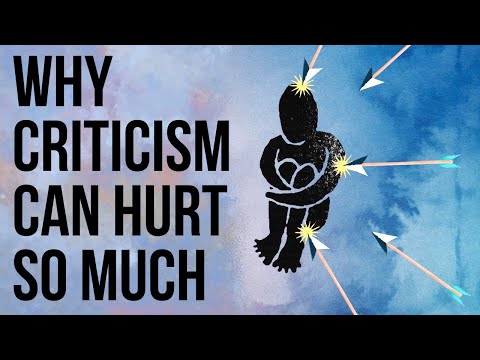 You could have been born a frog, an ape, a wasp or a flipping stone of all things. And you’d still be judged and criticized for how you are, what you do or what you look like. Whether you like it or not.

How you deal with criticism will determine how low or sky high your self esteem is. Whenever I deal or experience criticism, I laugh it off and get back to whatever I was doing. Which is a nice way of saying – I don’t give a fuck about what people think of me.

That’s their choice, and my self esteem loves it. It’s the reason I have any in the first place.

You might deal with criticism differently, but keep in mind that how you deal with it will crush or enhance your self esteem. And that will determine how good or shitty you feel about yourself.

Relevant: 10+ Types Of People You Should Absolutely Avoid For Your Mental Health

5. Failure is a bitch. And so are mistakes How do you deal with setbacks and obstacles when they smack you in the face unexpectedly?

Sad to say, but some people end up committing suicide. Like the guy who had millions, lost it, killed himself and his entire family.

Other people fall into depression or even self harm.

As for me – In my first business I was killing it. I outdid retailers who had been doing the same thing for years, even as the new guy. And yet, one fatal mistake cost me my business.

I had to shut it down and I lost all my fucking money in the process. Then my reputation got flushed down the toilet. It was back at square 1 (-0 bank account).

I had to start from scratch with nothing other than my bruised pride, confidence, determination and ambition. That being said I picked myself up and got back to business. And did what I had to do.

Now my self esteem and confidence are on a whole new level.

How you deal with your failures and mistakes makes the world of a difference (or not) to your self esteem. And is one of the biggest influences when it comes to how you feel about yourself.

6. What are you telling yourself every day? 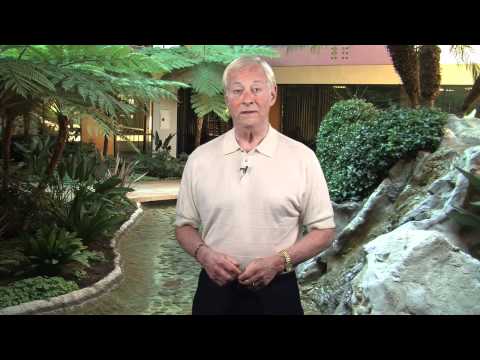 Affirmations are for real. We do it every single day. The other day I told myself – what the fuck have I been doing? Feels like I’ve been wasting time.

Of course, it’s normal to get frustrated when things don’t go right. Especially when it’s way out of your control.

The problem starts when you start affirming things like this too often. To the point where it becomes a dangerous habit. Especially if you get infected by negativity, and say things like:

You’re with yourself everyday. Wherever you look, you’re there looking right back. So be-careful of the things you say to yourself.

Eventually your self esteem will be on its knees. And you’ll feel worthless inside.

7. Eagles don’t hang around with pigeons 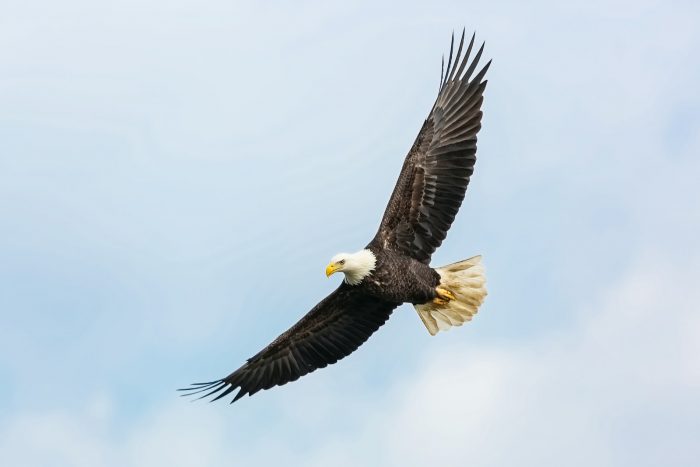 Have you ever seen an Eagle hanging around with a bunch of pigeons? Neither have I. And that’s the point.Who (and what) you surround yourself with will support or tear down your self esteem.

Confident people just don’tt hang around with insecure people who feel shit about themselves. If they did, then they’d end up just like them.

I know that’s harsh, but it’s just the hard truth. I don’t make the rules, that’s just how they’re written. And they’re written in stone so you can’t just tear it up and rewrite your own. (Not in this case)

Choose your surroundings and who you associate with wisely. Trust me, it will influence your self esteem.And that influence will ruin you or give you a helping hand as you go about living your life.

The 7 things that influence your self esteem:

Generally, it’s these 7 things that have the biggest influence on how you feel about yourself.

Fear Of Negative Criticism: 6 Questions To Ask Before Caring About What People Think

Great topic and spot with the things you note that effect our self esteem and image, ideas we have about ourselves. Bullying is such a big issue for many of us and we may not even know it. Thank you!

Hey KG. You’re right – bullying is a huge issue, which by itself is one of the biggest threats to our self esteem.

Hey, Theo!
These seven things greatly influence our self-esteem, and I’ve had my fair share of being bullied and all that stuff. Also grew up thinking I wasn’t good enough, a loser, etc.
But now that I’m older, it’s all about what we filter in our heads. If we allow external factors to dictate how we feel about ourselves, then we’ll never win. The world is filled with naysayers and we have to combat that.
Our internal conviction has to be stronger than the external pressures. 🙂

Beautifully said, Nicah! What you say is true. I loved this part of your comment –

“If we allow external factors to dictate how we feel about ourselves, then we’ll never win.”

Great topic, I think this is something that needs to be taught in schools a lot more instead of damn algebra. But you are very right in multiple points. I didn’t know that about Bizzy Bone either. Now I can see why the group had so many issues with him but it was something from his past. I think if you know that someone had a bad childhood growing up, you should be a lot more open-minded to issues that come up.

Yeah, tell me about it Reginald. The education system has a ways to go, still stuck in the past.

Thanks for sharing man!