Succumbing to these 7 things will kill your confidence, sending it straight to the grave with no hope of being brought back to life.

But if you avoid them, building your self-confidence is guaranteed. I’m the type of baby who came into the world with my middle finger held proudly in the air. Waving it around at anyone who tried forcing me to conform to what society calls conventional.

I’m obviously exaggerating, but I’ve always been a rebel since childhood.

The idea of conforming to a certain way of living my life, just because 90% of the population does it out of fear, was never an interest of mine.

That’s why when I was 7 years old I’d climb on top of school buildings, despite being told not to (I knew what I was doing).

Or how when I was a teenager I had enough self-awareness to realize school was too sour for my taste buds and my abilities.

Not to mention I avoided all the so-called “cool kids” because I knew they were full of shit.

My punishment for being a non-conformist was bullying.

And in a weird way I’m glad I dealt with bullying. Because it meant I was willing to stand up for my beliefs and be different, even if it made others so insecure that they had to bully me to prove a point.

That’s the reason I built my self-confidence in my late teens as much as I did.  On the other hand, when you conform your confidence cries out for help.

And there’s no chance you’ll ever gain the confidence you deserve to have.

“When you stand for something, you’ve got to stand for it all the way, not half way.” – Kevin Gates

2. Complaining when things don’t work out as intended

I hate it when things don’t work out the way I wanted. “Hate” is a figure of speech, but even still.

I remember visiting a client I had one day, who I’d been working with for months. He called me for a meeting… To end the relationship.

Other times you work hard to achieve something, spending hours and hours a day to bring it to fruition, only for it to fall flat on its face. And things turn sour.

The key is to move on FAST and stay focused on what it is you’re seeking.

Obsessing over something that doesn’t turn out the way you want, or crying about something that failed is a one way road to crushing your confidence.

Confidence comes from trying again, and believing you’ll get it right the next time. Because now you know better, and just knowing that makes a difference in your own self-confidence.

Avoid this and your confidence will build up a lot easier.

I remember years ago when I used to abuse Facebook on a daily basis. The thought of it makes me sick today but that’s beside the point.

“Hey babe. I posted a new picture on my Facebook.  Could you give it a LIKE please?” This is exactly what I mean by begging for validation.

All of these things make you weaker every time you do it.

You feel it in your soul. It feels shameful. You even feel stupid for doing it, and pitiful at the least.

I know because I’ve felt these feelings too many times before.

“Seeking validation will keep you trapped. You don’t need anyone or anything to approve of your worth. When you understand this you’ll be free.” – Unknown

The only real person you should beg for validation is yourself.

You’ll be in a coffin decades before anyone else decides to give you the true validation only you are capable of giving yourself.

Relying on validation will do the opposite of building your confidence.

It’ll chop its head off clean.

4. Depending on motivational videos (or anything external) 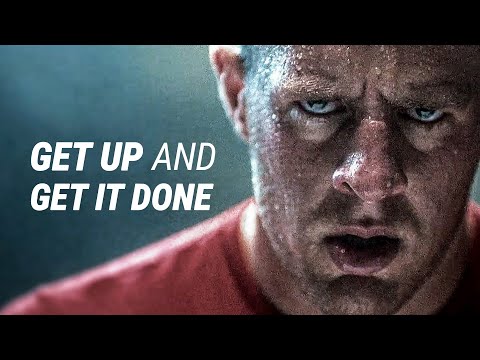 Who needs cocaine when you have motivational videos to get you higher than a giraffe’s you know what?

Everywhere I look someone is either talking about them or watching some new “motivational” speech that people claim changed their life.

Don’t get me wrong, I’ve watched them too.

But here’s the problem:

If you depend on it so heavily that you’re emotionally attached to it, your “self” confidence will never truly grow.

It’s an inside game. And the game of confidence starts either by internalizing what you learn, then using it. Without getting attached.

And of course – by taking action.

“Action” is where the journey of self-confidence begins.

5. Taking too long to make a decision

“Worry is a sustained form of fear caused by indecision.” – Unknown

For years before I was 24-ish years old, I never started a business.

When I was a teenager I already knew formal education was a mismatch for my skill sets.

And yet… I delayed starting a business and doing everything I wanted for so long.

All those years of indecision stopped me from making it happen.

Actually, it’s not that it stopped me, it’s that it hurt my self-confidence because I kept putting things off.

Time has a funny way of making things harder the longer you delay doing the things you NEED to do.

It’s as if the more you delay doing what’s true to your heart, the more prone you are to making excuses, believing your own bullshit, and becoming a slave to your own fears.

Indecision leads to the death of your goals and dreams.

Ask a 70 year old man or woman, and the regrets written all over their faces will make my point clear.

6. Gaining knowledge but not using it There’s nothing worse than knowing everything but doing nothing.

What good is it knowing how to make chocolate cookies if you don’t even have the motivation to MAKE the damn cookies?

I fucking love chocolate cookies, and that would drive me nuts.

It’s like being smart but not being able to prove it with your actions.

Gaining knowledge is a privilege these days. That’s why it’s so easy to NOT do anything with the information.

But in the end: gaining knowledge and not having the discipline to do anything with that knowledge will kill your confidence.

Passively absorbing information is powerful, but if you don’t use it then it will make you weak.

And you’ll hate yourself for it.

Relevant: What Influences Motivation? Here Are 6 Answers You Need To Know

“Ignoring a problem doesn’t make it go away.” – Unknown

About a year or so ago I had a problem with my websites. Malware was being injected into it.

I dealt with it straight away, without hesitation. Delaying problems only makes them worse.

Ignoring your problems is like walking on a busy road and not looking both ways.

Eventually, you’re gonna get hurt. And it’s gonna destroy you in the long run if you turn the other way.

it’s hard to face your problems head-on, because you have to admit you’ve fucked up and made mistakes.

And even if the problem isn’t your fault, it’s still hard to face it. But that’s only true if you convince yourself to believe that it’s hard.

Self confidence is an ongoing battle.

As long as you avoid certain things, keeping it and building it becomes as easy as breathing.

What Influences Self Esteem? Here Are 7 Legitimate Answers