I was unhappy throughout school. I hated it. I’d rather jump naked into a pile of shattered glass than deal with that again.

What did I hate most about school? Other than the fact that I’m not academic, choking on so much negativity is what made me unhappy.

That’s what I hated more than anything. And the thing is: you can’t escape negativity in school. It’s an educational prison. Quitting school is the only way to escape it.

The constant back and forth with so-called bullies, and having to stand my ground and get my respect. That and more were part of my unhappy experiences. 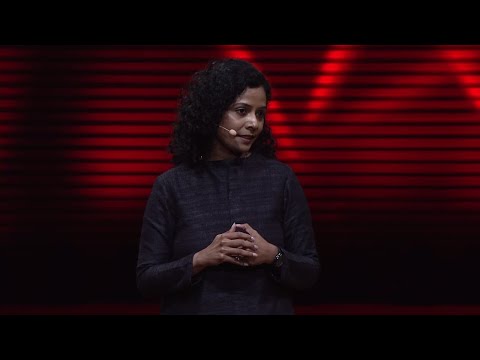 Unlike school though, in the real world, you get to decide how happy you’re going to be. Because you can choose who you surround yourself with, who to cut off, and what kind of environment you want to be in.

And even if you’re in a shitty environment, you’re still in control of what happens to some extent. No different to how I was in control of how I dealt with bullying, and what I decided to believe about myself (I thought I was ugly).

I decided to buy into the bullshit beliefs that were fed to me on a plate with a spoon and some sugar to make it enticing. But I didn’t have to believe that. I just decided not to.

Which is to say In the end, there are certain things NOBODY can take away from you. No matter what you believe.

And those things are:

They say almost all of your creativity is sucked out of the average child by the time they finish school. I can see the reasoning behind that.

You’re forced to sit down, shut up and do as you’re told. And according to your teachers, there’s only 1 way to do something the right way. So there’s no room for creativity.

If you act like a prostitute and give away your creativity, then yes you’ll no longer have it. Because you obviously don’t value it. But in reality, creativity is an inside job.

It’s always there. Waiting for you to use it. You just have to decide to use it. You have the power. The same power that’s easy to hand over to someone else because we don’t feel worthy of it.

Related: 15+ Things That Inspire Creativity When You Need It Most

Do you know how many people have said to me:

Guess what they all had in common? They gave away their power to someone else.

They sold their ambition on the cheap, without realizing two things:

And here’s the thing: ambition is always there. All you have to do is reclaim it, own it and make it yours again.

That all starts with a decision. It’s that simple. It’s only when we’re convinced by others that our ambition is worthless that we abandon it and give up on our desires.

All it takes is a moment to reclaim it and make it yours. Because ambition is internal. It’s too priceless to be sold like a cheap pair of fake Versace sunglasses.

Relevant: The Guaranteed Way To Know If Someone Cares About You Or Not

It’s called self-worth for a fucking reason. It’s about YOU and nobody else.

Are there exceptions to this rule? Of course. Some people grow up being abused by their parents. Verbally and physicality. I know people who’ve dealt with that personally.

It’s horrible. But it doesn’t change the facts either. Look at Russel Brand as an example. He had every reason to hate himself (or even self-harm).

After his recovery, he decided to go down the path of positivity instead of negativity.

He decided to feel confident and believe he’s worthy. Because self-worth is an inside job.

No matter how much the world beats you down and mistreats you, the decision to feel worthy is still in your hands.

Self-worth can’t be taken away from you unless you decide to give it away. That’s a choice you always have because the power is in your hands.

Related: Fear Of Negative Criticism: 6 Questions To Ask Before Caring About What People Think

Outside influences always exist. Growing up I knew a lot of guys who smoked weed, did drugs, sold drugs, and were up to no good.

In fact from the outside looking in, you wouldn’t have been surprised If I followed the same path as a sheep being led by a shepherd.

But I knew better. Though it’s more like I wanted better. And I was pulled to the side and encouraged not to walk that path by someone who was part of that life.

Ultimately I made the right choice in spite of outside influences.

On another note: If you have a drug habit, and you’re surrounded by guys who stick needles in their arms all day, you’re choices will be influenced by that. No denying it.

In these sorts of circumstances, it’s harder to make your own choices. But even so, the choices YOU make are still yours to make. I used the drug example because, in a situation like that, it’s easy to b influenced.

Despite that, people every day break free from their drug habit and make their own choices. Regardless of outside influences.

Most of the time we tell ourselves a load of bullshit like:

And other BS we feed ourselves with a spoon. But in reality: YOU are the decision maker. And nobody can take that away from you. No matter what kind of BS you tell yourself.

In the end: guess who makes the final decision on everything you do in your life? That’s right – it’s you, end of story.

Relevant: The Negative Effects Of Trying To Fit In, And Why I Never Tried To

“When you doubt your power, you give power to your doubt.” – Unknown

What is confidence? It’s doing things despite how so-called terrifying or uncomfortable it is.

Self-confidence is about taking action and doing the things that scare you and becoming better because of it.

Back when I worked for a biscuit company (of all things) I let confidence hold me hostage. I had one foot in and one foot out (one foot was in business and making money for myself).

Then the supervisor came up to me one day and start screaming at me. And then told me to fuck off because I’m fired (he didn’t actually say F off but near enough).

Ironically this gave me the confidence to make changes.

Since that day I’ve pursued business and my path. All I had to do was make a choice. Self-confidence has the word “self” in it for a reason. It’s yours to keep.

You have the power already. The power of confidence. All you’ve got to do is make a decision and follow through on it.

If you decide to give it away? That is also your own choice. But remember: confidence can never be taken away from you.

That in itself is a choice only YOU make. So make the right one.

Another thing that can’t be taken from you:

Things can only truly be taken from you when you voluntarily give them away. And even then, you have the power to take it back by growing some balls of steel and reclaiming your self-confidence.

Ha! I love how you started the article talking about school and how it’s an academic prison. It. Literally. Is. This article touches on real-life mental programming that children go through and the adults that they become as a result of that. Very empowering. Thank you!

Perfect timing for me to read your post. I feel that I’m going into a new phase of my life, but lots of unknowns. Everything that I had is over, so what else can I do but embrace the unknown? (I thought I was too old for this, but that’s what made me stuck). Have to march on…????.

It’s easier for me to say because I’m in my 20’s, but as long as you’re breathing, mobile, able and healthy, it’s never too late.

Thanks for sharing Mar. Push forward! 🙂