Jamal Edwards was the reason for so many artists, rappers, grime MC’S and musicians in general have made careers.

Being a millennial myself just like Jamal, I seen the whole SBTV movement play out during the 2000’s in particular.

After seeing his name trending I knew something wasn’t right, so I had to touch on it.

Jamal Edwards cause of death: So far there’s been no cause of death, or mention of what exactly contributed to Jamal’s sudden death on February 20th 2022.

His family released a statement saying he died from a “sudden illness” but that’s about as far as it goes. Out of respect they’ve kept the details under the radar, maybe because of what it implies or could imply.

That may change in the days to come in the last week of February as it stands.

Born 24th August 1990, Jamal Edwards grew up in Luton, London. And went on to become a DJ, founder, entrepreneur, and author.

His main accomplishment that he’s known for is SBTV.

He also contributed to the Prince’s trust, a well known charity in the UK that’s designed to help businesses. Typically with funding and setting it up.

Walking his own path 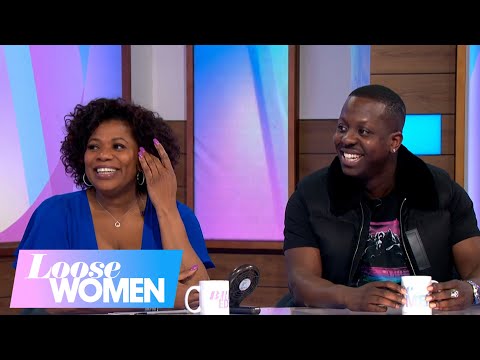 In his childhood his mother, Brenda Edwards wanted Jamal to pursue acting in particular. This is what she had in mind for her son.

Jamal already had plans of his own though. He decided to pursue the music industry and break into it in his own way.

His childhood goal was an intense one, which is obvious based on the fact he brought that goal to fruition some years later.

Before that he was working for TOPMAN, a retailer in the UK to support himself financially. And prior to that he didn’t get the grades he wanted in school, which presented a problem from an academic point of view.

In the end while supporting himself through TOPMAN, he posted videos on YouTube of himself and friends rapping. Keep in mind this was during the 2000’s when YouTube barely started.

That means videos at the time were new and fresh, and the concept of “blowing up” and starting a YouTube career was a lot easier to do than today. And that plays into the golden opportunity he took advantage of. Believe it or not, but Jamal is responsible for launching the career of ED SHEERAN, who’s mighty famous today for his music and as a celebrity. Even in the US and beyond.

SBTV started in 2006, and now has over 1 million subscribers on YouTube.

With a name like “SmokeyBarz” and a video for YouTube, he gained enough views, attention, and success to quit TOPMAN and take the whole YouTube movement seriously.

This all started with a video camera at the age of 15 no less, and it’s responsible for changing his life permanently. And for the better.

Not to mention the lives of many artists beyond just Ed Sheeran in the music industry.

And much more are some of the names that benefited from shows like SBTV.

SBTV became so big Google a put it in one of their adverts, causing the SBTV site to crash from the overload of visitors.

The return of TOPMAN

TOPMAN being his place of employment in the past, Jamal decided to launch a headgear with the same retailer years later with his success.

He designed the bucket hats and snapbacks himself.

This was the start of Jamal’s move into fashion and other endeavors. One of them being a book he released in 2013 called Self Belief: The Vision: How To Be a Success on Your Own Terms.

Not to mention releasing the 8BARS app built for up and coming artists. It received investments from companies like SPOTIFY.

His mentor and entrepreneurial work is also one area he’s made a difference in.

“In March 2017, he made a documentary with The Guardian about male suicide, in which he spoke to his childhood friends who suffer with mental health. Later that year, Edwards continued his work and explored mental health in the music industry.

Edwards was open about his own struggles, stating in an interview with Music Week: “Anxiety comes over me at the most random times. I wanted to create awareness. As much as music is my entry point, I feel a responsibility to talk about these other issues. I wanted to get people talking to each other and they have been, I’m happy.”

As well as his documentary work, Edwards collaborated with the mental health charity CALM, and wrote a column that discussed the issue for the online site The Book of Man.” “It is with the deepest heartache that I confirm that my beautiful son Jamal Edwards passed away yesterday morning after a sudden illness. Myself, his sister Tanisha and the rest of his family and friends are completely devastated.

He was the centre of our world.

As we come to terms with his passing we ask for privacy to grieve this unimaginable loss. I would like to thank everyone for their messages of love and support.

Jamal was an inspiration to myself and so many. Our love for him lives on, his legacy lives on. Long live Jamal Edwards MBE, MBA, PHD.” – Brenda Edwards

Recommended: These 5 Things Are Too Priceless To Be Taken Away From You

Adele Is Proud To Be A Woman: Why Are A Loud Minority Of Trans People Offended By It?