Adele earlier this month at the BRIT awards gave a speech about being proud to be a woman. The context is simple.

It has to do with the BRIT awards history. But more importantly it’s a gender neutral event with Men competing against women.

Adele being proud of her womanhood and accomplishments, she decided to let it be known and expressed it fully.

Nothing wrong with that. You have to right to do that just like I have the right to be black, proud, and a man.

“I understand why the name of this award has changed, but I love being a woman and being a female artist—I do! I’m really proud of us, I really, really am.” – Adele

You know how Twitter lunatics operate. Twitter is the source of ALL outrage and controversy on the internet.

If it happens, Twitter started it. That’s the rule, and it’s why the platform is so fucking toxic.

As usual, this account was set to PRIVATE because people really aren’t about that life like they think they are. And it’s all a hoax for clicks, views, and petty attention.

Screenshots live on though and the internet never forgets.

Related: What Adele Can Teach You About Being Yourself 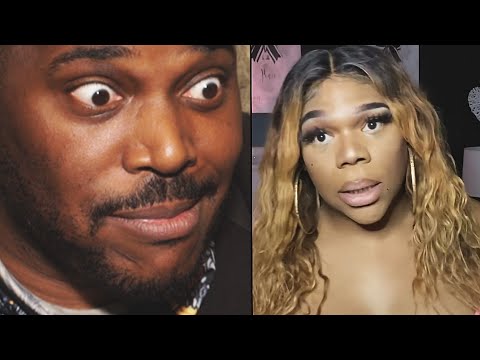 It’s absolutely bonkers to me how this can be blamed on BLACK MEN when it has nothing to do with black men at all, and these words coming from the mouth of a black person no less (the woman, not Aba or Preach).

Aba & Preach broke it down in the videos, and ultimately it’s a silly state we’re in given how being a woman offends people who don’t have their self esteem in check.

Tweets that came to Adele’s defense “The best thing about the Adele situation is that it shows that all any woman has to do to be called a “terf” is acknowledge her own sex. It exposes how low the bar is & how high the cost is for a woman who speaks the truth without first considering if deranged men are OK with it.” – @TheFamousArtBR

There are more, but this is a sensible tweet that says everything that needs to be said.

I’ve watched for a long time. I’ve observed the madness of some trans taking offense to women being women, regardless of whether they’re proud to be women or not.

When was it so wrong for a woman to be a woman, without someone trying to police them or tell them it’s wrong just because the critics aren’t genetically women themselves?

This is why it’s crazy to me how feminist women will call Men misogynist’s at face value, but stay silent when things like Adele being misjudged (purposely) by trans takes place so often.

Women are part of the reason trans people have the PRIVILEDGE to make the choice to “transform” themselves in the first place. So to then turn around, point the finger, twist the facts, and get mad at women for embracing themselves….

It’s the definition of hatred and insanity mixed together in the same bowl.

When will it end?

Recommended: The History Of Jamal Edwards, His Background, And How He Built SBTV